October 31, 2019
This blog post was originally published in thoughtbot's blog. You can find the original at thoughtbot.com/blog/lets-not-misuse-refactoring .

I find that many people confuse refactoring with any change in code. Sometimes they even use the word to mean huge changes that break the application — “we need a month to refactor this monolith.” I think that in those cases, we are misusing the word refactoring, robbing it of its proper meaning, and ultimately, robbing ourselves of the power to communicate an important concept.

Let’s revisit what refactoring is and what it is not.

When used as a noun:

This includes refactorings (noun) such as Extract Method, Rename Method, and Extract Class.

The second usage of refactoring is the verb form:

Refactor (verb): to restructure software by applying a series of refactorings without changing its observable behavior.

So while we refactor (verb), we apply several refactorings (noun).

It is perhaps confusing if you haven’t seen those definitions before, but one point is clear across both definitions — refactoring is about changing the structure of the code without changing its observable behavior.

What if we break a public interface?

With such a definition, one can wonder how a refactoring (noun) such as Rename Method even makes sense. If we change the name of a method, are we not changing the behavior of the class? All code that calls the method will be broken! Thankfully, the Refactoring book answers the question for us.

In the chapter Problems with Refactoring, the Refactoring book addresses the question of a changing interface:

There is no problem changing a method name if you have access to all the code that calls that method. Even if the method is public, as long as you can reach and change all the callers, you can rename the method. There is a problem only if the interface is being used by code that you cannot find and change. When this happens, I say that the interface becomes a published interface (a step beyond a public interface). Once you publish an interface, you can no longer safely change it and just edit the callers. You need a somewhat more complicated process.

What exactly is the observable behavior of code?

If we cannot change the observable behavior of code, it is important that we understand who is doing the observing. I find tests extremely helpful for this. Since tests are ensuring the behavior of code does not change, we can use them as the standard that we must keep while refactoring.

When we are refactoring the implementation of a single method in a class, then not changing the behavior of the method means that the tests for that class continue passing throughout our refactoring. 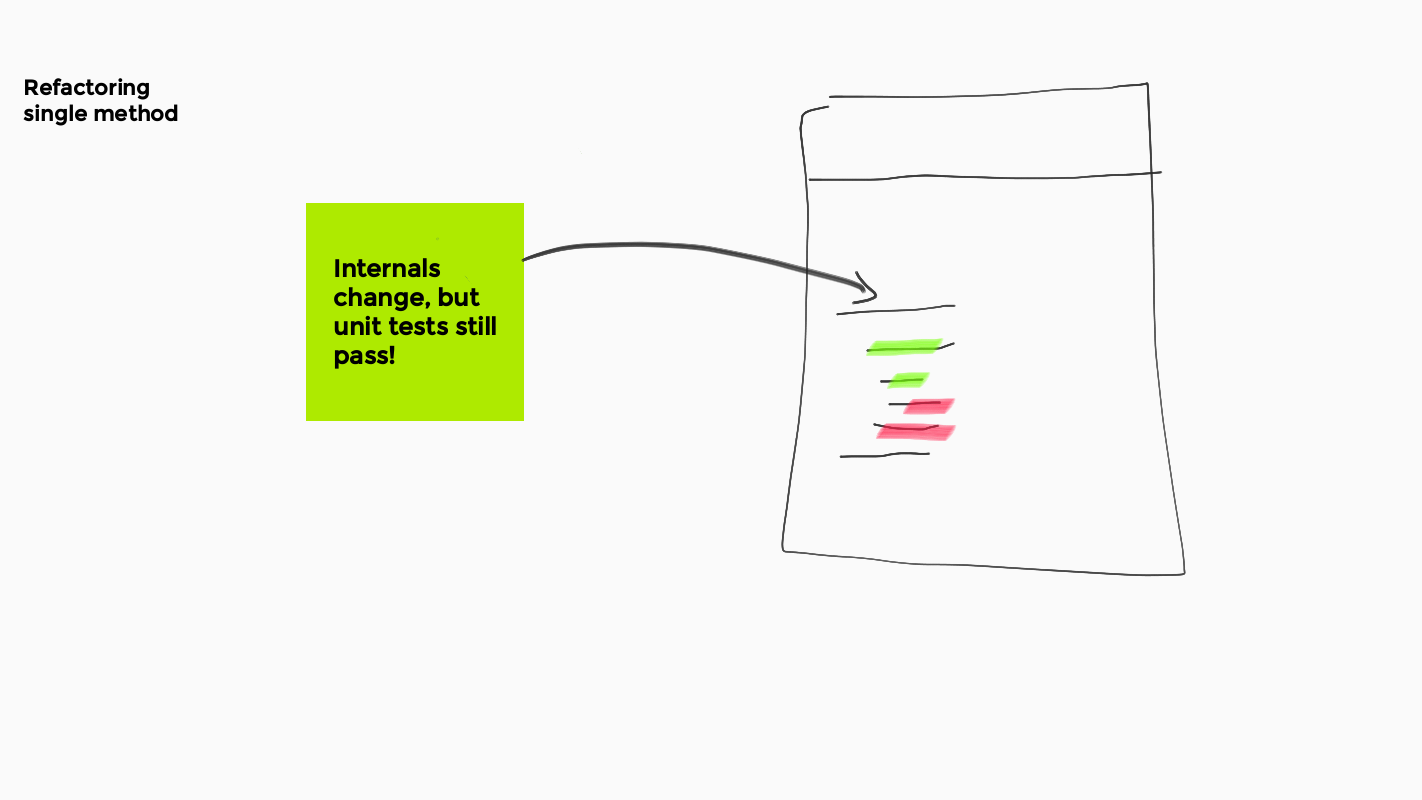 If we have a larger change, however, where we rename a method and there are repercussions throughout the code base, we need to find several tests (or a good integration test) that cover all the code that would be affected. Sometimes that may be the tests for the code that calls the method being renamed. If those continue passing, then we have not broken the expected behavior. 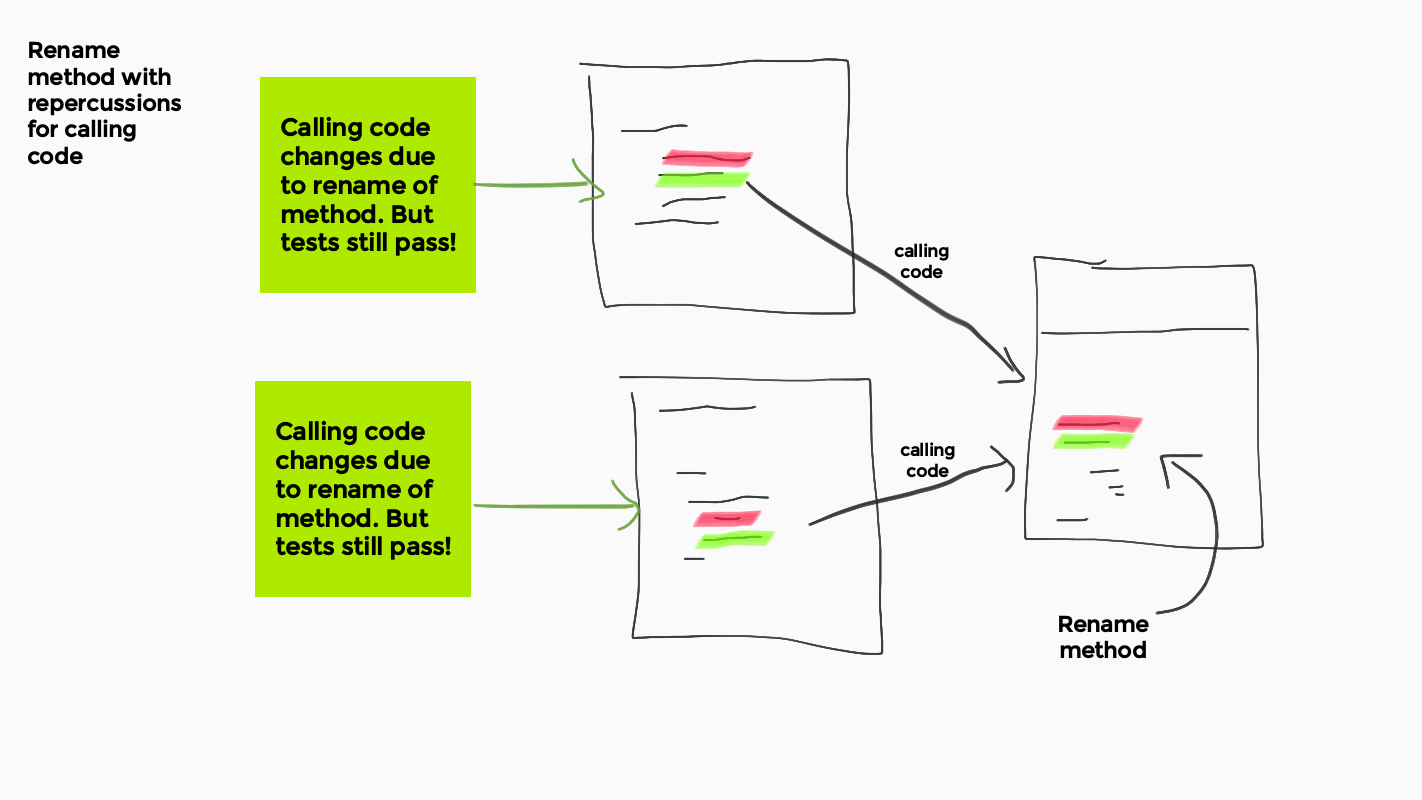 Other times, we may consider a feature test the standard of behavior we want unchanged — making sure our users do not see a change in how a feature works. 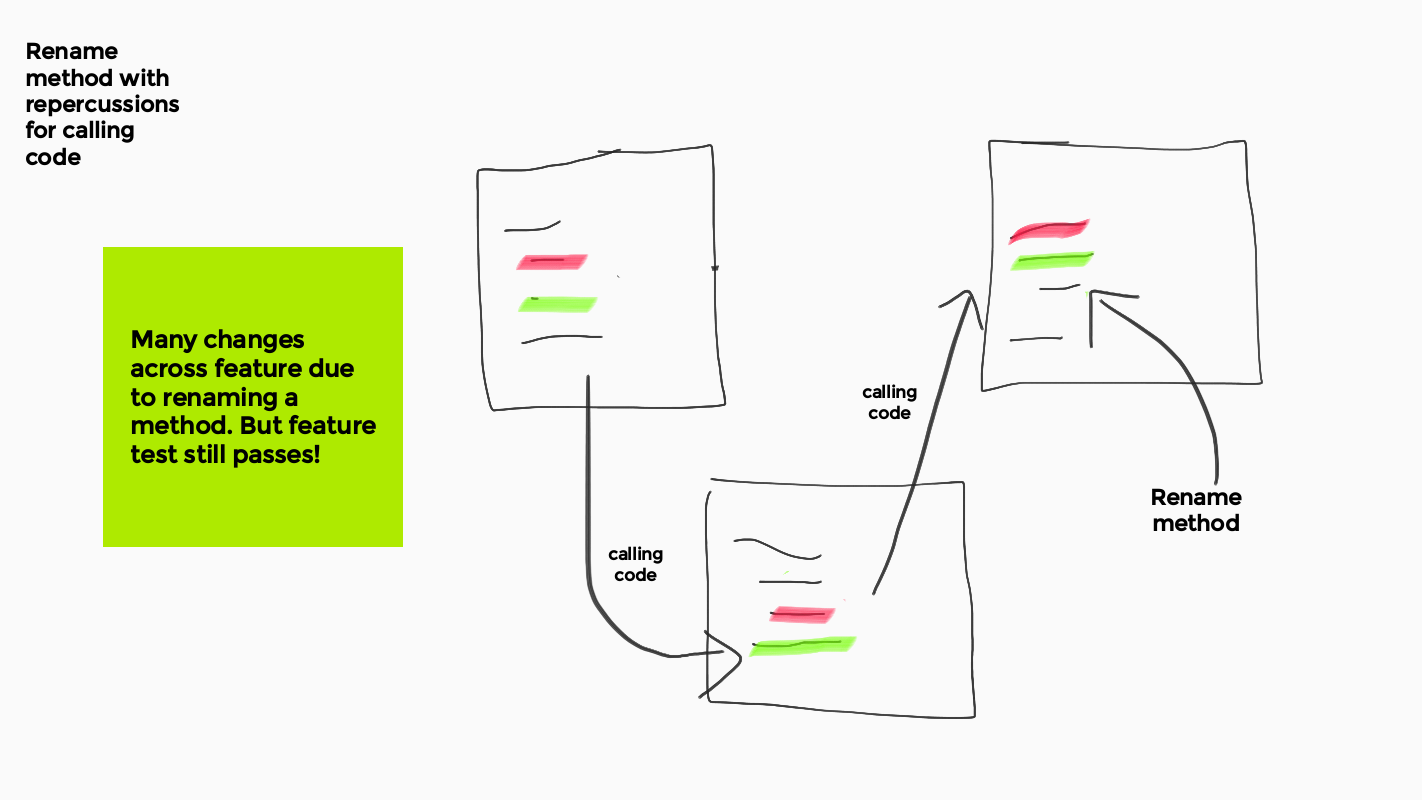 So the observable behavior of code depends on who is doing the observing. And that is why, once again, when we change a public interface — as long as we control all the calling code — we can safely refactor. If we have a published interface, however, we do not have control over the code that observes the behavior of our code. And there we cannot safely refactor.

Let’s not rob ourselves of the word Refactoring

So not all changes of code are refactoring. Indeed, we cannot always refactor. When we are talking about code changes that alter the behavior of our code, let’s not call it refactoring. Doing so robs the word of its meaning, and it leaves us without a word to express a change in code that does not break its behavior.

1 All excerpts are taken from the first edition of the book. ↩