A short introduction to BDD

When I first learned BDD (behavior-driven development), I saw a graph in The RSpec Book that helped me understand the flow of BDD. I don’t have that book anymore, but I still remember what the graph looked like, and it’s so helpful! Let me show you what I remember.

First, let’s quickly touch on TDD (test-driven development) since it’s part of BDD. Think of TDD as a red-green-refactor cycle: 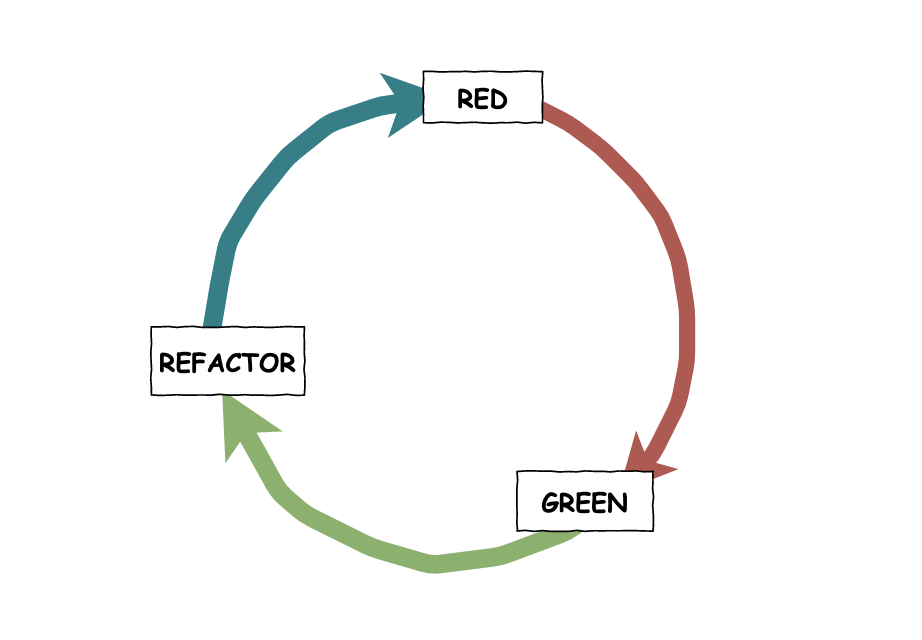 BDD is similar, but we do TDD from the outside in. Think of it like two concentric circles: 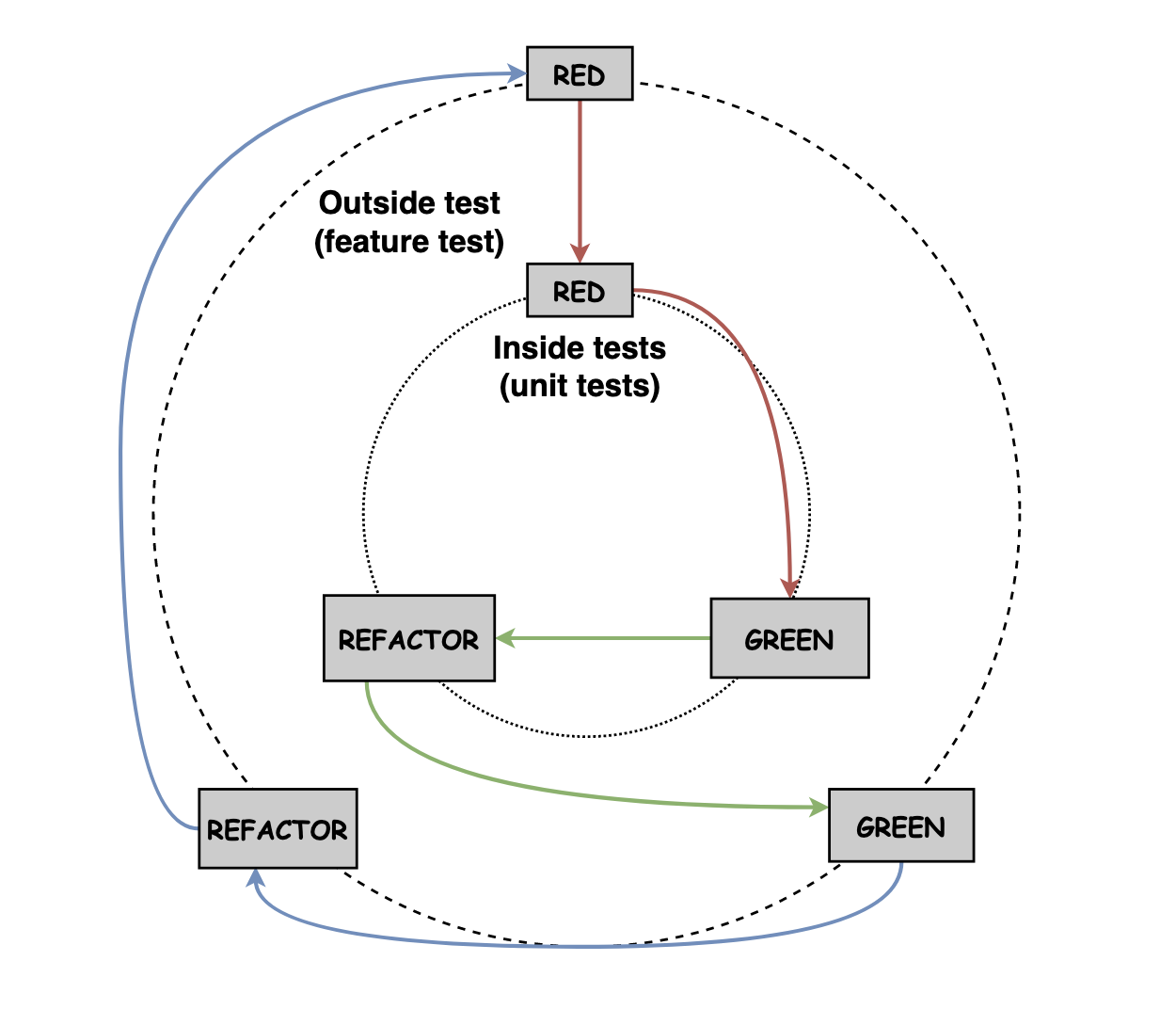 We start writing tests from the outside – often called feature or acceptance tests. We use feature tests to describe the application’s behavior from the stakeholder’s perspective. That’s the outer circle.

For the inner circle, we follow our regular TDD flow: write a test that fails (red), get the test to pass (green), and refactor.

Once we finish a red-green-refactor cycle for the inner circle, we step back out to the feature test to see if:

In practice, there can be more concentric circles (depending on the boundaries in your system). But I always find there are at least two.

When testing web applications, I typically define the outside circle as a feature test that asserts the behavior of my web app through libraries that use a web driver (e.g. using Wallaby in Elixir or Capybara in Ruby).

Suppose we run a feature test and hit these outer-circle failures:

We continue like that and rerun the test until we hit a failure that belongs to the inner circle. Suppose our feature test fails because we tried to use a non-existent Accounts.create(email, password) function from the controller.

At that point, we drop into the inner circle and follow the TDD approach for that module and function:

Finally, we step back out to the feature test.

If the feature test fails for other reasons, we step back in and follow the TDD process again. But if the feature is green, we take the chance to refactor the whole feature. And voilà, we’re done! 🎉