At the end of June, I tweeted that I was writing a Test-Driven Development with Phoenix book. It’s still a work in progress, but I wanted to share it with the community for several reasons. I wrote a little bit about why in TDD Phoenix - a work in progress.

Since the announcement, I have reviewed most of the text in the book and improved it. But I’m not done. The last two chapters still need work, and I need to write a Conclusion chapter.

I have also gone over some parts of the app to simplify it. In particular, I removed a lot of convoluted refactoring in Putting the Chat in Chat Rooms. A huge thanks to Chris Turner for pointing out some issues in there.

Finally, I updated the site to use Tailwind CSS’s typography plugin and updated the syntax highlighting. I’m pleased with the result, though of course, I want to do more. But it’s good enough for now. I tweeted some before and after screenshots, and here’s how it looks now: 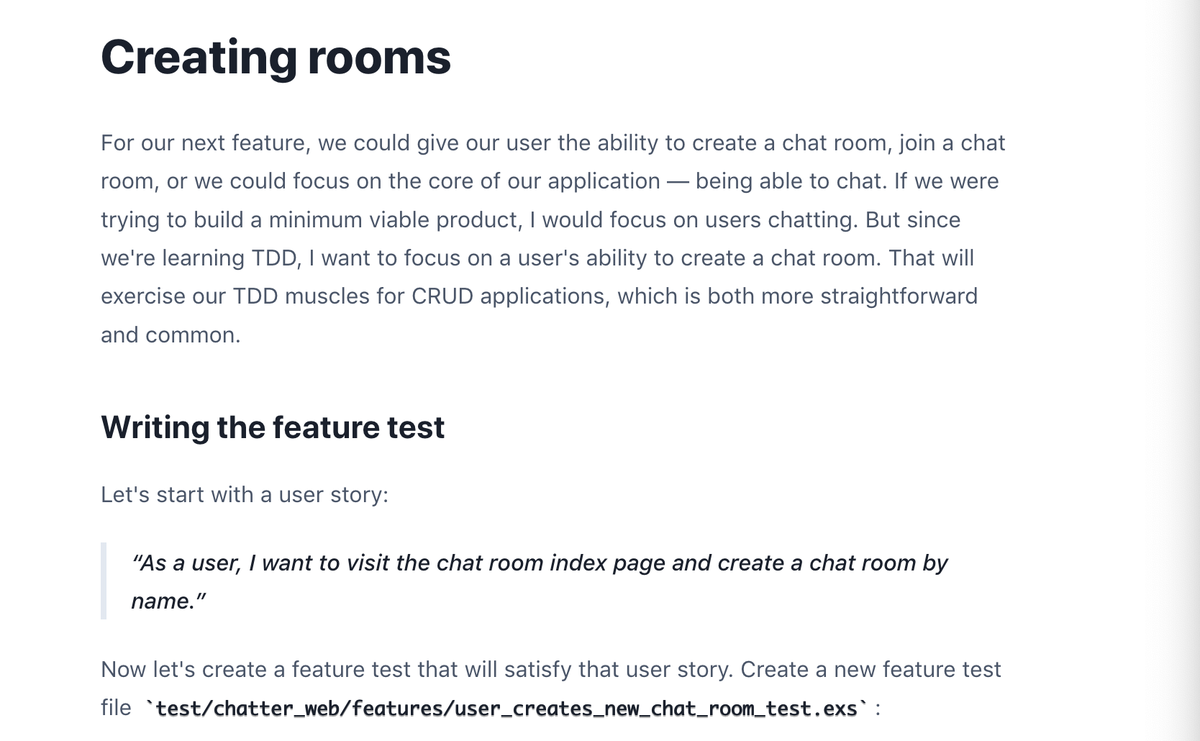 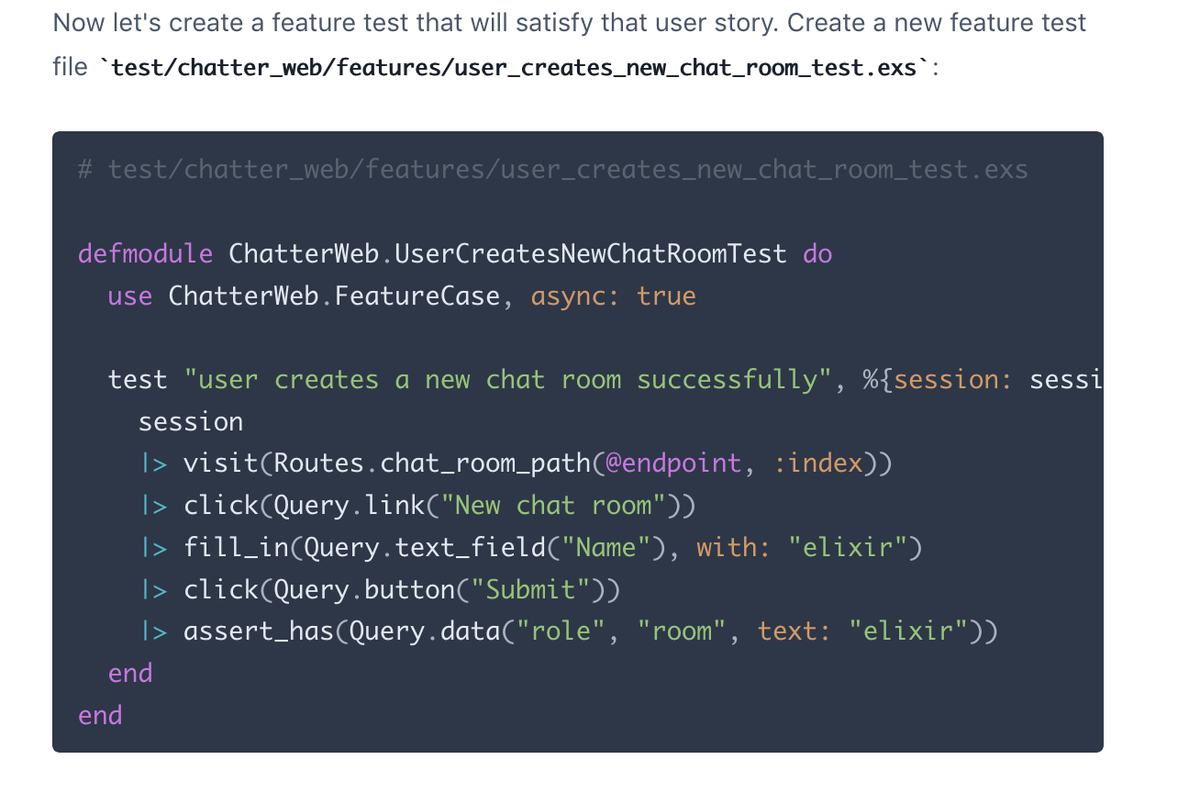 My plan is to finish editing the book’s text, then go through every code sample to rebuild the app step by step, and then edit the book again. Once that’s done, I’d like to update it to the latest version of Phoenix and Wallaby.

I already have several code improvements I want to make, but I need to be careful not to remove all complexity. It’s difficult to explain complex refactors without losing the reader, but I want to keep some of those refactors in the book since that’s real application-building. If I completely smooth out all the edges, there will be no need for refactoring, and TDD will become red-green — no refactoring.

I was terrified to publish a book, led alone one that is a work in progress. I hinted at that in the work in progress announcement as one of the reasons why I wanted to share the unfinished book:

Because it is always scary to write something and share it with the world. So I want to put it “out there” to be rid of that fear, lest the fear wins, and I fail to share it.

It’s never easy to share something that others can criticize. But because I knew I was afraid, I went ahead and did it. It worked out okay.

In the future, I hope to put updates via email — there’s a sign up form at the bottom of TDD Phoenix now — and then posting them here. Hope you follow along in whatever way works best for you!